“A life without books is like a body without a soul.
A great book is my most constant friend.”
Olivia Longueville

My love for writing started at a young age.  When I was a girl of ten, I visited the fabulous Château de Fontainebleau and toured its library.  This legendary archive is focused on the history of France and Europe, bringing to life events shrouded in the mists of time.
As I entered the palace’s library, my eyes widened in sheer astonishment at the sight of the numerous old books around me.  My heart was humming a tune of celestial happiness as I admired the most impressive collection of volumes I had ever seen.  Since then, I’ve been a lover of libraries, old tomes, and musty pages, and I’ve been drawn to stories that provide glimpses of the past.
I believe that every era is like an architectural landscape with its own peculiar ornaments and jewels.  Years ago, my imagination took me to the magnificent fictional universe spanning thousands of years back, so I’ve devoted my life to creating historical fiction works.  I hope you enjoy this site, where I’ll share my passion for history and writing, and I recommend that you visit other pages for additional tidbits.
My best regards,
Olivia Longueville 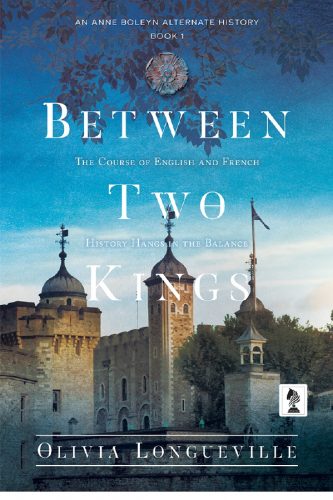 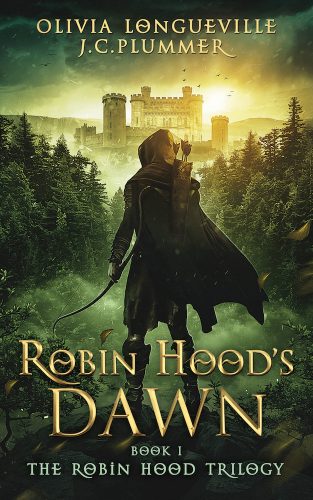 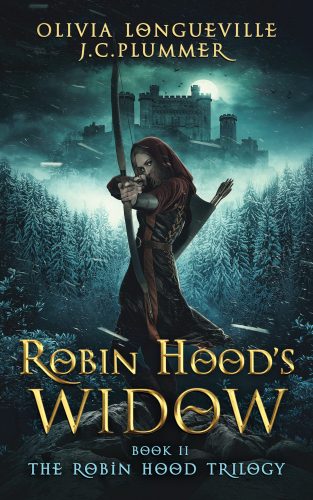 “Between Two Kings” is  available!

My new reimagining of the Anne Boleyn story is written in the unique descriptive, soul-stirring prose, and features some new storylines and characters. Romance, deadly court and political intrigues, vengeance, historical detail, and red-hot passion – you will find all these captivating things in this series.

PRAISE for the novel ‘Between Two Kings’

“A fascinating and unique reimagining of Anne Boleyn’s life!  This edition has taken Olivia’s inventive plot to a new level of excellence in its style, plot progression, and alignment with real history.

The secret to success in any alternate history is that delicate balance between what was and what could have been.  Olivia’s extensive knowledge and study of this time period and the colorful characters which populate it, shines throughout the book.  The relationship between Anne and King François I of France is romantic and develops over time.  As a couple, they are clearly more compatible than Anne and Henry.

If you are a reader who savors books, who wants to be immersed in another world, then you will enjoy Olivia’s highly expressive prose.  Her world building is detailed, whether it is describing period clothing or complex emotions.  Her similes and metaphors are imaginative, and at times, unusual in a way that fans of descriptive narratives will find stimulating.  With all the new subplots and twists, this book is truly a page-turner and would make a brilliant film.”

PRAISE of the readers for the novel ‘Between Two Kings’

“As much as I love stories about Anne Boleyn, we know the ending is always (unfortunately) the same…so I’ve been waiting for a book like Olivia’s to come along. Between Two Kings is a beautiful reimaging of what Anne’s life might have been like had she escaped her dreadful fate at the business end of a French sword. I was surprised and delighted by the journey the author set Anne off on and I thoroughly enjoyed the important role that Francis I played. Olivia’s love for the French Court is evident and it’s clear that she did her research! The scenes are filled with rich details that bring the sixteenth century alive and the author’s version of Anne is complex and sympathetic without being portrayed as a saint. I appreciated the well-rounded characterization of Mary Boleyn and Jane Seymour and found myself hungry for more from their perspective. The novel is a breath of fresh air and I eagerly await her next offering to see how this marvelous story plays out!”

“Anne Boleyn’s story in history had a tragic end, unjustly killed by a husband who wanted to be rid of her. Although, she eventually triumphed when her daughter became queen, many like myself wish to imagine a world where she never died. Olivia Longueville manages to make that fantasy come alive. In this thrilling book. Although Anne Boleyn is cut off from her children who have no idea she is alive, thanks to a twist of fate, she manages to rise to the French throne as King Francois’ wife who quickly becomes her ally in clearing her name. It is an exciting read for those who love the history of France and enjoy historical fiction about Anne Boleyn.”

– Edie Smith, a reader on Amazon –

“Very well researched and keeping to the integrity of history were events are not changed. The characters are vivid and well developed and the reader is whisked to locations around Europe from London to Paris and Rome and Venice with vivid color and descriptions in such a way as to make one feel that you have time travelled. The Courts of King Henry and King Francis are truly brought to life as are the alternative events of history which make this as much a work of mystery as fiction. Anne’s anguish as she awaits her two executions and the birth of her unborn child who she will never see grow up is real and deeply moving. This is an alternative story with great vision and imagination. It is beautifully written and sensitive to the struggles of each character in the shadow of a vengeful King. Henry is insecure and his dreams are forever taken from him. In contrast Anne’s whit and intellectual charm shine through in every single page. I am looking forward to the sequel. Highly recommended.”

– Annals of Lorsch, a reader on Amazon –

Praised as one of the best and most unique retellings of the Robin Hood legend.

Praised as one of the best and most unique retellings of the Robin Hood legend.

PRAISE for the Robin Hood Trilogy

“This exciting story and its memorable cast of characters, this fictional adventure embedded in historical fact – it all works together beautifully to create a riveting and witty narrative… Longueville and Plummer do a fantastic job building three-dimensional characters who are easy to either root for or hate, and are always memorable. The relationships between the characters are beautifully depicted as well, the love story between Robin and Marian being an outstanding example. I’m particularly pleased with how they portrayed Marian – while Robin is very protective of her and desperate to save her, she remains very independent, strong, and brave in a horrible situation.”
– The Quirky Book Nerd Review –

“Authors Olivia Longueville and J.C. Plummer deliver a masterful new tale on Robin Hood. The flavor is authentic. The setting, dialogue, characters, customs, made for an impressive novel. One new delicious twist on this spin on Robin Hood is the role that Lady Marian plays throughout the book. Their blazing relationship is the centerpiece of the entire book. I’m amazed at how well this book was written. Can’t wait for book two!”
– The Writing Train Review –

“Robin Hood’s Dawn was a fantastically well written read, and it not only creates a Robin that I found myself relating with more than any version of the character before, but also a character who is not a perfect hero… The other element of this novel that I tremendously enjoyed was Marian’s character. Instead of being written solely as a damsel in distress this version of her wants to help Robin and insists on being part of his new life as a rogue. She learns to protect herself and when Robin is not there she takes matters into her own hands. “ – The Nerdy Girls Express Review –