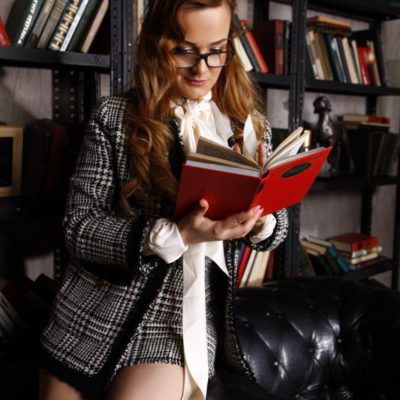 Olivia Longueville has always had an academic mind with a natural inclination for research and constant learning.  She has several degrees in finance & general management from London Business School (LBS) and other universities.  At present, she helps her father run the family business.  Olivia has always loved literature and fiction and been passionate about historical research, genealogy, and the arts, especially painting and sculpture.

During her first trip to France at the age of ten, Olivia had a life-changing epiphany when she visited the magnificent Château de Fontainebleau and toured its library.  This truly transformed her life as she realized her passion for books and writing, foreshadowing her future career as a writer.

In childhood, she began writing stories and poems in various languages.  Then Olivia wrote some fan fiction stories, which taught her to create plausible, vivid, and engaging characters and plots.  Finally, she wrote her first novel about the alternate life story of Anne Boleyn, Henry VIII’s second wife – “Between Two Kings” which was published in 2015 and well-received by many Tudor fans and historical fiction readers.  “Between Two Kings” became a bestseller in the Science Fiction section on Amazon, but it was unpublished in late 2016 at Olivia’s own request as she saw a myriad of opportunities to further improve her novel.  As a result, she completely rewrote this novel and the other novels in the Anne Boleyn alternate history series, which will be republished soon.

After having met each other on the Internet, Olivia and J. C. Plummer, an American historian and writer, decided to work together on the Robin Hood Trilogy.  Olivia and J. C. had always dreamed of creating the retelling of the Robin Hood story with an unusual and imaginative plot, as well as with various turns and twists which make the well-known legend more captivating and intriguing than ever before.  Co-authoring the trilogy has merged Coleen’s and Olivia’s passions for history, culture, and writing into one exciting story of adventure, mystery, and historical romance about the  legendary English hero of the poor.  “Robin Hood’s Dawn”, the first novel in the trilogy, was published in early 2018 and received many excellent reviews from many literary critics; it was also well-received by fans of the legend and medieval historical fiction. 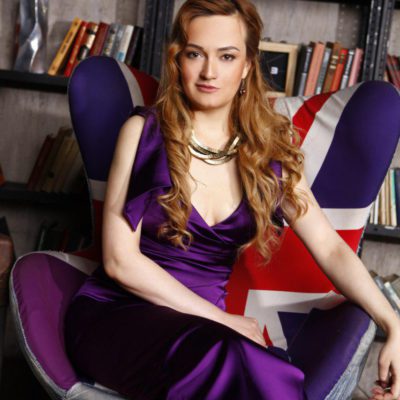 Olivia’s multilingual talents have been beneficial for her prose.  Her writing style is like a breath of fresh air in literature: it is full of lyrical, yet eloquent, descriptions and beautiful imagery, which solidly set the reader into the scenes.  Her unique prose is elegant and tinged in the hues of lush romanticism and passionate lyricism.  Olivia’s novels flow like one long exhalation that seizes the reader from the first page.

Olivia has undertaken in-depth research into the history of the Valois dynasty, the French and Italian Renaissance, the Tudors, and the Plantagenets.  She has chosen to explore her interests through fiction.  As a writer, she is interested in creating strong, multidimensional, and diverse characters, as well as giving voice to stories that are unique, compelling, inspiring, and amusing.

Loving writing more than anything else in her life, Olivia has resolved to devote her life to creating historical fiction novels.  She has a special interest in the history of France and England.  The Renaissance era is exceedingly dear to Olivia’s heart because she is deeply fascinated with its tremendous culture that produced numerous finest works of art, embodying the classical notion of perfection. 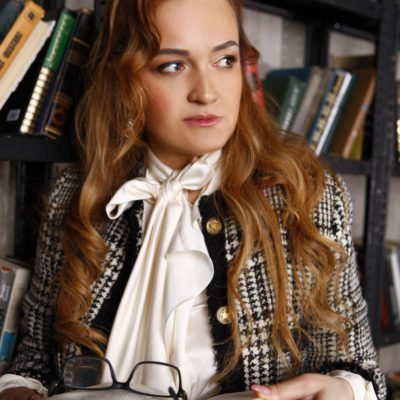